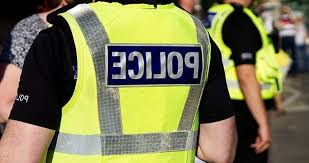 Who is Alan Kehoe ?

Police are looking for a former teacher who was sentenced to 14 years in prison after being found guilty of raping a child.

Alan Kehoe, 53, of Bletchley, was convicted of numerous s*x crimes in his absence following a trial at the Inner London Crown Court.

The crimes, including rape, took place between 1994 and 1996 while Kehoe was a teacher at a school in Croydon.

Kehoe was arrested and later charged with the crimes.

However, Kehoe did not appear in court for his trial and there is now an arrest warrant for his arrest.

In July 2018, one of the victims reported that Kehoe had s*xually assaulted him while he was a student at the school.

Detectives from the South Area Safeguarding Team launched an investigation and identified one more victim.

Other witnesses who detailed further evidence of grooming were also located.

Detective Constable Helen Smith, who led the investigation, said: ‘The victims in this case have been incredibly brave in coming forward and reporting the crimes Kehoe committed against them.

‘The evidence they gave in court was instrumental in securing a meaningful prison sentence and they are to be commended for speaking out.

There may be others who were abused by Kehoe and have so far not felt able to tell anyone.

‘Please get in touch with us, we are here to listen to you and we will take what you say very seriously.

“Anyone responsible for carrying out these types of crimes must face justice, no matter how long it has been.”

Anyone who wants to speak to the police can do so by calling 101.