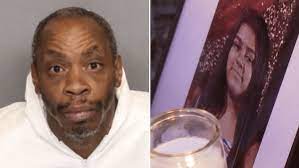 Who was Alicia Reynaga ?

A 15-year-old student was stabbed to death in a “random” attack by a trespasser at a high school in California, police said.

Alicia Reynaga was stabbed multiple times by the intruder, who was identified as Anthony Gray, after he entered Stagg High School in Stockton shortly after 11 a.m. Monday, news station KCRA reported.

She was taken to a local hospital, where she succumbed to her injuries, police said.

Campus security took Gray into custody and the school was placed on lockdown, the KCRA reported.

“Stagg High School is currently closed for the safety of all staff and students,” the Stockton Unified School District tweeted. “An intruder approached the campus and stabbed a student.”

Gray drove to the school and passed through a campus gate, police said. The assailant carried out the attack before security could stop him, Stockton Unified School District Superintendent John Ramirez Jr. said.

Authorities recovered a weapon from the scene and the investigation is ongoing to “try to determine why this student was targeted.”

Police said Monday they arrested Gray on suspicion of murder and booked him into the San Joaquin County Jail.

Alicia, known as Lala, was allegedly stabbed multiple times by Gray after he drove to Stagg High and invaded the school grounds before targeting the student.

The suspect, whose motive is still being investigated, was held by a school district police officer and booked into the San Joaquin County Jail on a murder charge.

The victim was remembered last night as an enthusiastic softball player at an emotional vigil organized by her family.

‘The suspect is in custody and the victim has been transported to the hospital. The motive for the attack is under investigation.’

“We began to work with local law enforcement immediately and they’ve taken over the investigation,” the superintendent said.