A 22-year-old Oklahoma teacher’s assistant was arrested for having s*x with a student after it was revealed she began a relationship with the teen just two weeks after starting the job, according to reports.

Ashley Waffle, a temporary teacher’s assistant at Granite Public Schools, began her employment on Oct. 10 and began messaging a 16-year-old on Oct. 25 on Snapchat, KSWO reported.

The outlet said school officials alerted police to rumors of relationships between the student and Waffle that were spreading through the small town of fewer than 2,000 people.

According to court documents, Waffle had s*x with the teen twice at her apartment sometime before Nov. 9, KSWO reported.

Waffle was fired on November 10 and now faces two second-degree rape charges that could land her in prison for up to 15 years.

She is currently being held in the Greer County Jail, according to the outlet.

Ashley Waffle, 22, is accused of having an affair with a teenage student.

District Superintendent Missy Berry told parents in a letter this week that she was cooperating with law enforcement as she continues her investigation of her. 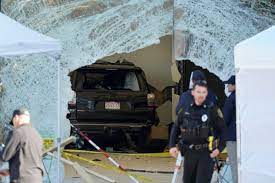