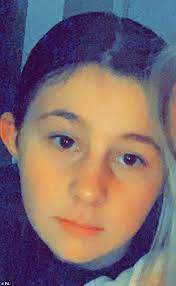 Who was Ava White ?

Ava White died after being assaulted while out with friends.

The schoolgirl was rushed to the hospital, but unfortunately she could not save herself and died shortly after.

Four teens ages 13, 14 and 15 have been arrested on suspicion of murder.

Merseyside Police confirmed that an autopsy will be conducted to establish the cause of death.

They said Ava was with friends yesterday when a fight broke out with a group of children and the schoolgirl was attacked.

When officers arrived, they discovered her collapsed on the ground as a passerby fought frantically to save her.

Ava White was with friends in Liverpool when she was assaulted at 20:40 GMT on Thursday.

Merseyside police previously said she had been stabbed, but later said a post-mortem examination would be conducted to establish her cause of death.

Four teenagers, aged between 13 and 15, from Toxteth, have been arrested on suspicion of her murder.

Officers found Ava collapsed to the ground in Church Alley, off Church Street.

A member of the public, who had witnessed the incident, was providing first aid, police said.

She was taken to Alder Hey Children’s Hospital with serious injuries, but she died shortly after.

The suspects then fled the scene as the schoolgirl lay dying.

Police are now increasing patrols in the city center, while a cordon will remain in place.

Deputy Police Chief Jon Roy said: “Our thoughts and condolences go out to Ava’s family, who are being family liaison officers specializing in support.

“His world has been torn apart and no parent should have to face the knock on the door of police officers to say that her child is dead.”

“We believe Ava and her friends were involved in a verbal argument that culminated in Ava being assaulted and causing catastrophic injuries.

“Ava’s death should be a reminder to all of us of the role each of us has to play in ending violence against women and girls.”

Anyone with information or images of the horror has been asked to message @MerPolCC, “Merseyside Police Contact Center on Facebook” or @CrimestoppersUK on 0800 555 111 with reference 0899 of November 25.