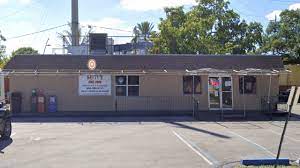 A 35-year-old woman was arrested last week after authorities said she brought a gun to her daughter’s school in Miami Gardens.

According to the woman’s arrest report, Brenzina Lebay Jones went to the school for a scheduled conference with the principal.

As she was leaving, Jones stopped at the security desk and spoke to a witness, telling them, “I don’t play about someone playing with my jit. I’ll shoot this shit!” the arrest report said.

Police said Jones then opened her bag and displayed the butt of her gun before putting it back in her bag and making strong threats toward the school.

According to the arrest report, a second witness at the security desk witnessed the entire incident and the incident was also captured on the school’s surveillance cameras.

Police said Jones was arrested at her home a short time later.

No further details were given in her arrest report about what initially angered Jones.