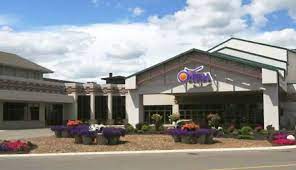 Who is Bruce Pofahl?

Bruce Pofahl was identified as the shooter who allegedly opened fire at the Oneida Casino and Radisson Hotel and Conference Center near Green Bay, Wisconsin, on the night of Saturday, May 1, 2020. Two people were killed, along with the shooter, and one third victim was seriously injured.

The suspect was a former employee who was fired in early 2021 and banned from the property.

Pofahl worked as the restaurant’s food and beverage manager, a Oneida Nation spokesperson said at the news conference. Court records show that he was living in an apartment in Hobart, Wisconsin, at the time the restraining order was filed against him.

There are no records of arrests or criminal cases involving Pofahl available in Wisconsin’s online database of public court records.

How old is Bruce Pofahl?

Brown County resident Bruce Pofahl was 62 years old at the time of his death.

Delain did not reveal why the hotel restaurant and casino fired the suspect. He did not say how long the suspect worked at the restaurant.

Pofahl appears to have worked in the hotel and restaurant industry for several years. A 1995 article in the Detroit Jewish News about the restaurant at the Radisson Plaza Hotel describes Pofahl as the food and beverage manager and assistant executive manager at the time.

The article says that Pofahl had worked there for two and a half years.

According to a 1989 article in The Manitou Messenger, Pofahl and a friend opened a restaurant together in Northfield, Minnesota, that year.

The article describes Pofahl as a graduate of Carleton College, which is located in Northfield.

A 2005 article in the Fort Myers News-Press shows that Pofahl was the director of food and beverage at Noble House Hotels & Restaurant.

Delain told a news conference Monday that the shooting happened just before 7:30 p.m. at the Duck Creek restaurant located in the Radisson Hotel, part of the Oneida Casino complex. He said that there are several large banquet halls in the casino complex.

“A person can travel a significant distance and enter several different rooms within the complex with numerous entry and exit points,” Delain said.

“On Saturday, during the time period of this incident, there were several hundred people within the complex area, including Oneida Nation employees, hotel guests, restaurant patrons, people using the banquet halls. , including a wedding celebration and casino guests ”.

According to Delain, the gunman was armed with a 9mm pistol. He said they are investigating whether he was the legal owner of the gun.

Delain said the shooting occurred in an area open to the public. The suspect entered an area where there were about 50 clients. According to police, the suspect shot two people inside the restaurant and then shot a third person outside. The shootings ended in 10 minutes or less, Delain said.

Delain said officers formed teams to enter the building and locate the threat, while others began providing first aid to the victims. “A contact team from the Green Bay Police Department was able to engage and neutralize the suspect,” outside the building on the north side of the nearby complex.

Delain said of Pofahl: “We know that he is a former employee there” and “he was familiar with at least some of the employees” at the restaurant, but they are still trying to find out the motive of the suspect.

“We know this was not a random act or anything like that,” Delain said. “We think it was a target.”

The victims were identified as Ian J. Simpson, 35, Jacob T. Bartel, 32, and Daniel L. Mulligan, 28. Simpson and Bartle died and Mulligan is in serious but stable condition at a Milwaukee hospital. All three victims worked at the casino. A GoFundMe created for Mulligan has raised more than $ 18,000.

Authorities said it was a “targeted event, not a random shooting. He was targeting a specific victim. ”

The target was not there, so the attacker decided to shoot the target’s co-workers and friends, police said at a news conference.