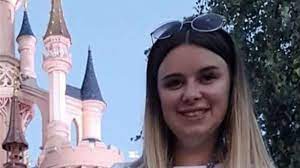 A mother who died when her car swerved into the path of a truck while on her way to school may have been distracted by watching Love Island on her phone, research has found.

Charlotte Buesden, 28, died after her Nissan Qashqai collided with the front end of a heavy vehicle on a busy road in Kemsley, Kent, on August 23. She had just dropped her son off at school when the fatal accident occurred.

DC Bob Fursey told the hearing that Ms. Buesden’s car had swerved into oncoming traffic at 7:30 am and that the truck driver had no chance of avoiding a collision.

He said her phone was found on the dashboard, along with a magnetic phone clip, with an error message displayed on the ITV Hub app.

The phone had been disconnected from an episode of Love Island, but there was no evidence that she sent messages or used data before the crash.

DC Fursey added: “It is suggested that she may have been distracted by watching Love Island by looking at or reaching for her phone.”

“The reason for Ms. Buesden’s loss of control of her car is not explained, but she was distracted from the steering wheel, and this was probably due to her being distracted by her phone.”

A witness, who was two car lengths behind Ms. Buesden’s Nissan, explained that he saw the car approach a slight curve but, instead of turning, it stayed straight and began to ‘veer into the wrong lane’ before the shock.

PC Duncan Swallow, Forensic Collision Officer, told the court that the HGV truck’s dash cam footage was poor, but appeared to show Ms Buesden, of Alma Road, Sheerness, looking in the direction and extending her arm in the direction where his phone was. would have been mounted.

He went on to say that there were no weather conditions that played a role in the accident and that it appeared that she had been distracted by her phone.

Ms. Buesden suffered a severe skull fracture and the official verdict from Coroner Bina Patel was that her death was due to a traffic accident.

After her tragedy, more than 40 bouquets of flowers, messages and even a small bottle of Prosecco remained in her memory.

A friend, Fran, wrote: ‘You are too young, too beautiful and too kind to leave. You are part of all my fun times. I have so many amazing memories of you that I will treasure forever.

‘You were an amazing mummy. I wish we had more time together, more laughter, jokes and love, but it has been so cruelly taken from me.

‘I will never forget you and I will always love you’.

She has also dedicated a memorial to him on Facebook. She says: ‘We hope that people who love Charlotte find comfort in visiting her profile to remember and celebrate her life.