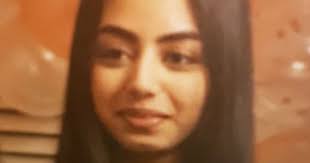 Who is Daniyah Hussain ?

An urgent appeal has been launched to find a missing 16-year-old girl from West Yorkshire.

Daniyah Hussain, from Lindley, Huddersfield, was reported missing from her home last night.

West Yorkshire Police would like to speak to anyone who may have seen or heard the teenager.

Daniyah Hussain, from Huddersfield, was reported missing from her home last night.

A spokesman for the force said: ‘The 16-year-old is described as Asian with brown eyes and very long straight black hair.

“Daniyah was wearing black leggings, a gray zip-up sweater, white Nike sneakers and a Tommy Hilfiger backpack when she was last seen.”

Officers would ask Daniyah or anyone with information about her to contact Kirklees CID at 101 referring to police record 1493 from March 27.