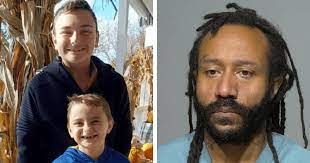 Who was Jackson Sparks ?

An 8-year-old boy injured in the Waukesha Holiday Parade tragedy has died.

A sixth person died from injuries sustained when a pickup truck passed a Christmas parade in Waukesha, Wisconsin, over the weekend.

On Tuesday, 8-year-old Jackson Sparks succumbed to his injuries, his family announced on a GoFundMe. According to the fundraiser, Jackson underwent brain surgery Sunday night and would need “a miracle” to survive.

Jackson and his 12-year-old brother, Tucker, were hospitalized after a man identified as Darrell Brooks drove his vehicle through the parade route Sunday. Tucker is recovering from his injuries and will soon be discharged.

Jackson Sparks, 8, passed away Tuesday, according to a Life Point Church post on Facebook, as well as an update shared at a GoFundMe fundraiser.

“This afternoon our dear Jackson sadly succumbed to his injuries and passed away,” the update reads.

“Tucker, by God’s grace is miraculously recovering from his injuries and will be discharged,” the update continues.

“Any donation, large or small, is greatly appreciated and will make a huge difference to the Sparks family,” says the GoFundMe donation page. “Aaron and Sheri are people of faith, so please continue to encourage them and their children in prayer. Even if you can’t give, please share your story.”

Five other people were killed Sunday when a suspect sped his car through the crowd at the parade. Police identified the suspect as Darrell Brooks, 39, of Milwaukee.

The other five victims who died were identified as Virginia Sorenson, 79, LeAnna Owen, 71, Tamara Durand, 52, Jane Kulich, 42, and Wilhelm Hospel, 81.