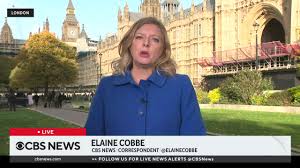 Authorities released the name of one of the victims who was shot to death at Dallas Methodist Hospital on Saturday.

According to the Dallas County Medical Examiner’s Office, Jacqueline Pokuaa, 45, was one of two Methodist employees killed in the shooting, which occurred around 11:15 a.m. m. of Saturday.

The name of the second victim in the shooting has not yet been publicly released by officials.

He was paroled in 2021 on a felony charge of aggravated assault to which he pleaded guilty in 2015. Under his plea agreement in that earlier case, Hernandez was sentenced to eight years in prison.

According to an arrest warrant obtained by WFAA for the Saturday shooting, Hernandez went to the hospital to visit his girlfriend who had given birth to his child. The warrant said Hernandez began “acting strangely” and accused his girlfriend of cheating on him.

The suspect began searching the room to see if anyone else was there, according to the warrant. The warrant then said Hernandez pulled out a gun and hit his girlfriend in the head multiple times with it.

According to the court order, his girlfriend told police that Hernandez made statements such as “We are both going to die today” and “Whoever comes into this room will die with us.”

The warrant said Pokuaa then entered the room and was fatally shot by Hernandez. According to the warrant, the second victim and a Methodist Hospital police officer were in the hallway and heard the shot. The warrant said the second victim looked into the room and was also fatally shot by Hernandez. The officer then took cover and shot Hernandez in the right leg, according to the court order.

Hernandez was then detained and taken to another hospital for treatment.

Dallas Police Chief Eddie Garcia tweeted that the hearts of the Dallas Police Department go out to those affected by the shooting, adding that he was “outraged” at the “lack of accountability” in the justice system. Garcia further said that “the fact that, under this failed system, we give violent criminals more opportunities than our victims” is a “parody.”