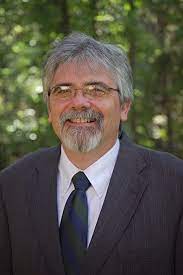 Who is James E. Mueller?

He worked as a reporter, editor, and photographer for about 10 years for newspapers in suburban St. Louis, Missouri, before entering academia.

Mueller has taught more than a half-dozen different media courses, including reporting, media history, and public relations. He also taught for a semester at Eduardo Mondlane University in Maputo, Mozambique, as part of a unique graduate program offered by the North Texas Department of Journalism.

In addition to his books, Mueller has written scholarly articles for a variety of publications, including the Mass Comm Review, the Journal of Media Economics, and the Grassroots Editor. He has contributed an article to The Media in America, a popular journalism history textbook, and has written a chapter for Media Management Review and Custer and His Times, vol. 4. and vol. 5.

Shooting Arrows and Slinging Mud: Custer, the Press, and the Little Bighorn was named a 2014 finalist for Best Nonfiction Book by High Plains Bookfest in Billings, Montana, and by Western Writers of America.

Mueller received the Award of Excellence at the 2008 Symposium on the 19th Century Press, the Civil War, and Free Speech for his article on the 1876 presidential election.