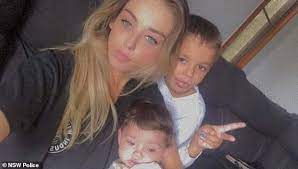 Who is Liberty Ruhl?

Liberty Ruhl, 27, was last seen at Dapto in Wollongong, south of Sydney, at around 4:30 am of Friday.

A desperate search is underway to find a young mother who disappeared with her two children.

Police believe she is with her six-year-old son, Jahkai, and 12-month-old daughter, Harmony.

“Police have concerns for the welfare of Liberty and her young children,” NSW Police said.

Ms Ruhl has links to Western Australia and wanted to travel to the west coast, police added.

She is of Caucasian appearance, about 170 cm tall, with a slim build and long blonde/light brown hair.

She is believed to have been driving a black Mazda CX-7 pickup truck and is known to visit the Nowra and Illawarra areas.

Anyone with information on the whereabouts of the mother and her children is asked to contact Lake Illawarra Police on 02 4232 5599.