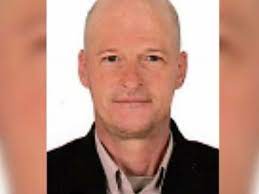 Who is Mark Frerichs ?

New footage of an American Mark Frerichs who has been held by the Taliban for two years has emerged, showing the civil engineer begging to be allowed to go home.

Frerichs, 59, an engineer and contractor from Lombard, Illinois, was kidnapped in January 2020 in the Afghan capital Kabul.

He is believed to be in the custody of the Taliban-linked Haqqani Network.

On Friday, The New Yorker published a video of Frerichs that they said was recorded in November 2021.

“I have been patiently waiting for my release,” says Frerichs, apparently reading a script in front of him.

‘I would like to ask the leaders of the Islamic Emirate of Afghanistan, please, release me.

“Release me so I can be reunited with my family,” he says in the clip, also released by CBS Chicago.

Charlene Cakora, Frerichs’ sister, confirmed that the video was him.

She also questioned why the Biden and Trump administrations had not done more to secure his release.

The Taliban have repeatedly said they will release Frerichs in exchange for the release of an Afghan drug lord, Hajji Bashar Noorzai, who is serving a life sentence in a federal prison in New Hampshire for drug trafficking.

Noorzai, known as “The Pablo Escobar of Afghanistan,” was arrested in 2005 and charged with importing $50 million worth of heroin into New York City.

He previously worked as a CIA informant and spent 17 years in jail after being promised amnesty in exchange for information on Taliban operations and for acting as a peace broker.

Frerichs Sen. Tammy Duckworth of Illinois said Friday that the prisoner swap must be agreed upon.

“As the only remaining American hostage from the war in Afghanistan, we owe it to Mark Frerichs and his family to do everything possible to bring home this Marine veteran who served our nation with honor,” Duckworth told The New Yorkers.

‘Bashir Noorzai cooperated with our government by providing intelligence and helping us recover weapons from the Taliban for years and, as an elderly man with failing health, he is unlikely to return to any position of operational importance to the Taliban.

“At this point, releasing him, after he has served 17 years in prison, appears to be the only way to ensure Mark’s safe return, so I would support the Administration in taking this step to ensure that an American is not left behind.” “.

On Friday, the State Department confirmed that the Taliban had released an American and a green card holder after being held for just over three months.

Her release came against a backdrop of icy US-Taliban relations, fueled by a ban on Afghan girls returning to public high schools, nearly eight months after the Islamists took Kabul as the last US troops left after 20 years of war.

The couple’s arrest was not widely known.

Saifullah Rauf, the American citizen and US Navy reservist, and Anees Khalil, the US green card holder, were ‘wrongly detained’ and are in Qatar awaiting travel to the United States, State Department spokesman Ned Price said in a statement.

“We are grateful for the efforts of all those who worked to secure” Rauf and Khalil’s release, Price said.

But there is more work. Holding Americans unjustly captive is always unacceptable.

“We will not stop until all Americans who are being wrongfully held against their will can hug their families once again.”

A statement posted on Twitter by the Human First Coalition, a private US group involved in the evacuation of Afghans at risk, identified Rauf as its chairman.

In the statement, Rauf said that he and his brother “were engaged in humanitarian work in Afghanistan when we were detained by the Taliban” on Dec. 18.

‘It is our understanding that this exceptionally unfortunate situation arose due to a misunderstanding; we didn’t do anything wrong,’ he continued without elaborating.

Rauf thanked those involved in helping free the couple, including US officials, his family, Qatar, the British government and his organization.

The US Navy said Rauf is a reserve hospital medic who enlisted in March 2017 and was last stationed in April 2021 at the Joint Base Andrews medical center outside Washington.

Cakora said he appreciated the brothers’ release, but wanted to know why more had not been done to free his brother.

“We are grateful to see these two individuals reunited with their families and not criticize them, but we are furious with the Biden Administration,” he said.

“The Taliban have been trying to trade my brother for someone in US custody for over a year, and the White House has never given them an answer.

“Sending American officials to Kabul like they did today did nothing to advance the ball on Mark’s safe return.”

Biden in January, on the second anniversary of Frerichs’ capture, called for his release.

“Threatening the safety of Americans or any innocent civilian is always unacceptable, and hostage-taking is an act of particular cruelty and cowardice,” Biden said in a statement.

‘The Taliban must immediately release Mark before they can expect any consideration of his legitimacy claims. This is non-negotiable.