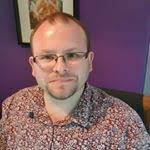 Who was Martin McGann ?

A lawyer who was studying to become a church minister died of an overdose after ingesting crystalline methamphetamine because he feared police were about to arrest him, according to an investigation.

Martin McGann, 37, practiced family law in a London chamber before deciding on a career change and enrolling at Ripon Theology College in Oxford to be ordained in the church.

However, an investigation into his death at the Oxfordshire Coroner’s Court on Tuesday heard how he hid a secret drug habit while living and studying at university.

The result was that McGann ingested methamphetamine when he mistakenly thought the police would arrest him.

He was found dead in his bedroom on July 19 of this year.

Martin McGann, 37, was found dead inside his dorm at Ripon Theology College in Oxford on July 19 earlier this year.

The investigation heard that the lawyer had suffered a previous overdose before his death.

Speaking at the end of the brief investigation, Coroner’s Assistant Nicholas Graham told the court that there was insufficient evidence to show that McGann had intended to take his own life before recording a drug-related death verdict.

The coroner heard statements from a friend that the popular lawyer, who was gay, had joined the full-time course at Ripon College in Cuddesdon, but had grown increasingly paranoid.

A friend, who was also in theology course, said: ‘Every time a car passed, I would run to the window to see if it was a police car. He was becoming more and more paranoid towards the time of his death.

I texted Martin. He said that he was having panic attacks regularly, so I went to see him in person and, as theology students, we are advised to speak with our spiritual leaders.

He said that he wanted to do that that night, but did not give any particular details. We talked about what happened during the week. He had gone to see his doctor and had seen some friends at a barbecue.

Mr. McGann had insisted that he call an attorney the next morning, but declined

The friend explained how Mr. McGann had insisted that he call an attorney the next morning, but declined to elaborate on why.

After calling the attorney, the friend knocked on Mr. McGann’s bedroom door, but received no response.

The friend left college assuming that Mr. McGann was still asleep, but he returned later and encountered police officers who informed him that he had died.

A post-autopsy toxicology report found that there were six micrograms of methamphetamine per 100 ml of blood and traces of amphetamine in his system at the time of his death.

At the conclusion of the investigation, which none of Mr. McGann’s family members attended in person, Mr. Graham confirmed a drug-related death verdict, saying: “There is insufficient evidence to suggest that he intended to remove the life”.