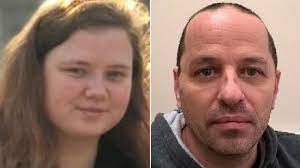 Who is Neil Maxwell ?

Thames Valley Police have named the prime suspect in the murder of Leah Croucher, who disappeared in February 2019, as Neil Maxwell.

Maxwell was found dead on April 20, 2019 having taken his own life.

Police searching for the missing teen said Wednesday that she had found human remains in a home less than half a mile from where she was last seen on Feb. 15, 2019.

Forensic experts have been searching the house on Loxbeare Drive in the Furzton area of ​​Milton Keynes, where Mrs Croucher’s backpack and other personal possessions of hers were also recovered.

During the time that 19-year-old Leah disappeared, and although the owner of the property, who lives abroad, was not in the UK, Maxwell was the only person who had the keys to the house.

Maxwell had been hired by the homeowner to do some maintenance on the house.

Maxwell had keys to the property since November 2018, Thames Valley Police said.

Hundreds of officers have searched for Ms. Croucher over the last three and a half years.

They have tracked 1,200 hours of CCTV and conducted 4,000 house-to-house inquiries.

During the years of investigation, police visited the Loxbeare Drive property on at least two occasions.

However, there was no response at the house, Thames Valley Police said.

“So we dropped a leaflet through the letterbox, requesting a call back if the property’s occupants had any information. As well as house-to-house inquiries, we also visited the property to see what CCTV was available at the area. .”

“It is now known that the owner was not in the UK at the time Leah was reported missing and the house was unoccupied when police attended to these inquiries.”

Missing Leah Croucher, who disappeared while walking to work in February 2019. Thames Valley Police officers began searching the home after a tip from a member of the public on Monday, launching a murder investigation when a rucksack was found and other personal belongings of Mrs. Croucher.

Her parents visited the scene and left flowers along with a handwritten note that read “our darkest fears have come true.”

Mrs. Croucher disappeared as she was walking to her job at a finance company.

She was last seen on CCTV shortly after 8:15 a.m. a short distance from the house, now the focus of a murder investigation.

Thames Valley Police said: “While Maxwell has been named as a suspect, this does not mean that he is guilty of any crime. We will keep an open mind and our detailed investigation will seek to gather sufficient evidence to establish the truth.”

“This may or may not implicate or exonerate Maxwell or anyone else from the investigation.”

Mrs Croucher’s family was hit by a new tragedy when her brother, Haydon, died aged 24 in November 2019, nine months after she went missing.

Thames Valley Police said they are appealing to anyone who had contact with Maxwell between November 2018 and her death in April 2019 or anyone with information that could help our investigation to contact them.