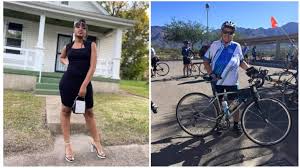 Police confronted the gunman inside the school and killed him. The suspect was identified Monday evening as Orlando Harris.

The gunman in a Monday morning shooting at Central High School for the Visual and Performing Arts has been identified as a former student. Orlando Harris of St. Louis, 19, graduated last year.

He was killed by police responding to the school while the mass shooting was taking place.

Shots were reported at the school shortly after 9 a.m. Two of the shooter’s victims; A 16-year-old girl and a 61-year-old woman also died. The adult female was a teacher there. Six others are reported to have been injured. Students and staff fled the scene through nearby neighborhoods as police and fire department personnel arrived shortly after 9 a.m.

Seven other victims, all ages 15 and 16, were taken to a hospital in stable condition. Police say four were shot while the other three suffered abrasions or a broken bone. Central Visual & Performing Arts High School is located in South St. Louis near Kingshighway and Arsenal.

The suspect, identified by police as 19-year-old Orlando Harris, was killed by responding officers.

The suspect did not have a criminal record, Sack said, but noted that there are “suspicion that there may be some mental illness that he has been experiencing.”

Officers responded to the scene at 9:15 a.m., just four minutes after an initial active shooter call was reported.

Sack said fleeing students alerted responding officers that the suspect was armed with a long gun.

Officers then heard gunshots, ran toward them, located the suspect on the third floor, and exchanged fire.

Harris was transported to the hospital, where he died of his injuries.

A 61-year-old woman died at a hospital and a 16-year-old girl was pronounced dead inside the school, both from gunshot wounds.

The adult woman killed in the shooting has been identified as Jean Kuczka, 61, who taught health and physical education, the St Louis Post-Dispatch reported.

The suspect, dressed all in black, burst into Kuczka’s classroom, room 323, and she stood in front of him to protect the students, her daughter was told.

Kuczka was a mother of five and a grandmother of seven. She had been an educator at the school for 14 years.

“This is a heartbreaking day for all of us,” Sack said.

“It’s going to be difficult. Whereas on paper, we might have nine victims, eight who were transported, one remained, we have hundreds of others. Everyone who survived here is going to take home trauma.”

Chief Sack declined to reveal how the shooter gained access to the building, saying school security was initially alarmed when the suspect tried to enter the locked facility.

The suspect’s vehicle was recovered at the scene and is being investigated.

The motive behind the shooting has not been determined.

Sack revealed an initial timeline of the shooting, beginning with the initial 911 call that was received at 9:11 a.m.

Officers were on scene and entered at 9:15 a.m.

The suspect was discovered at 9:23 a.m., and minutes later he received a call that he was down.

By 9:32 a.m., the scene was secured, and 20 minutes later, police had vacated the building.

“I can’t tell you how well the officers did,” Sack said, noting that officers spoke to fleeing students and teachers on their way to the building.

“Security staff did an outstanding job of identifying the suspect’s efforts to gain entry and immediately notified other staff members and ensured police were contacted.”

CVPA senior Ryane Owens, 18, told the St Louis Post-Dispatch students they initially thought the incident was a drill, but then “heard noises.”

“Once you heard the boom, all the giggling and giggling in the back of the room stopped,” teacher Michael De Filippo told the outlet.

Math teacher David Williams said he heard several shots fired outside his classroom and allegedly heard the suspect say, “Everyone is going to die.”

Taniya Gholston, 16, another CVPA student, told the outlet that the shooter’s gun eventually jammed and she allegedly heard him say that he was “tired of everyone” at the school.

Aerial footage of the scene showed a massive police presence outside the school.