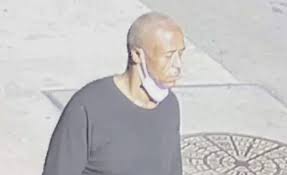 Who is Patrick Thompson?

Patrick Thompson is a San Francisco man who allegedly stabbed two elderly Asian women on Tuesday, May 4, while they were waiting for a bus. Aged 84 and 63, both women remain in the hospital and are being treated for multiple stab wounds, the San Francisco Police Department said in a press release.

Tenderloin Station officers had obtained a picture of the suspect during the course of the investigation and recognized the suspect from the previous contact. The San Francisco resident was arrested around 7 p.m., two hours after he allegedly stabbed the two women.

Local media KPIX5 reported that Thompson was located in the 600 block of Eddy Street and was detained without incident.

Witness took this photo which he says is the suspect who stabbed 2 elderly Asian women. SFPD arrested and identified 54 years old as Patrick Thompson of San Francisco.

How old is Patrick Thompson?

Thompson was identified through a photo taken by Lee’s nephew, Eric Yung, who was helping her at her flower shop.

Yung had noticed Thompson approaching the old women wielding a giant knife, just a few feet behind them. Multiple witnesses identified Thompson as the suspect in Yung’s photo that was taken seconds after the attack and showed Thomspon walking away with a distinctive black and yellow bag that he was carrying.

“All you see is just a big silver thing in the hand, brass knuckle style; he puts it on slowly and goes away, ”Yung said. “Military-style knife,” agreed a second witness, who revealed his name simply as Devin. “I saw brass knuckles at the end. I couldn’t tell you how long, because some of it was still in her. ”

Speaking about how Thompson should face additional charges for an alleged hate crime, the person named Devin also told the outlet: “That was a hate crime. He didn’t steal them. He just hurt them, so what else could it be? They added: “Regardless of nationality or ethnicity, they didn’t deserve it.

Witnesses told the station that the attacker was walking down Market Street with a knife when he approached a bus stop, stabbed the women and then walked away. San Francisco District Attorney Chesa Boudin tweeted: “Heartbroken tonight by two elderly AAPI victims of a stabbing in Market.

“We are awaiting more information and praying for the victims as they receive medical treatment.”

ABC7 reporter Kate Larsen tweeted that police located the suspect after a photo of him was released to officers in the field.

Officers located and arrested Thompson in the 600 block of Eddy Street in San Francisco, California, around 7 p.m. on Tuesday, KPIX-TV reported.

In a subsequent tweet, Haney said both women were out of surgery and in stable condition at San Francisco General Hospital. Police have not said if they believe the woman was a specific target or if the stabbing could be a hate crime, but officials are not ruling it out.

The San Francisco Police Department has been contacted for additional comment.