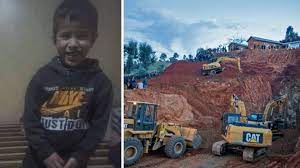 RESCUE workers are now just six feet from a five-year-old boy who has been trapped in a 100-foot shaft for some 96 hours.

Rayan has been stuck in the narrow pit since noon Tuesday as crews using bulldozers have desperately tried to dig out and save him. 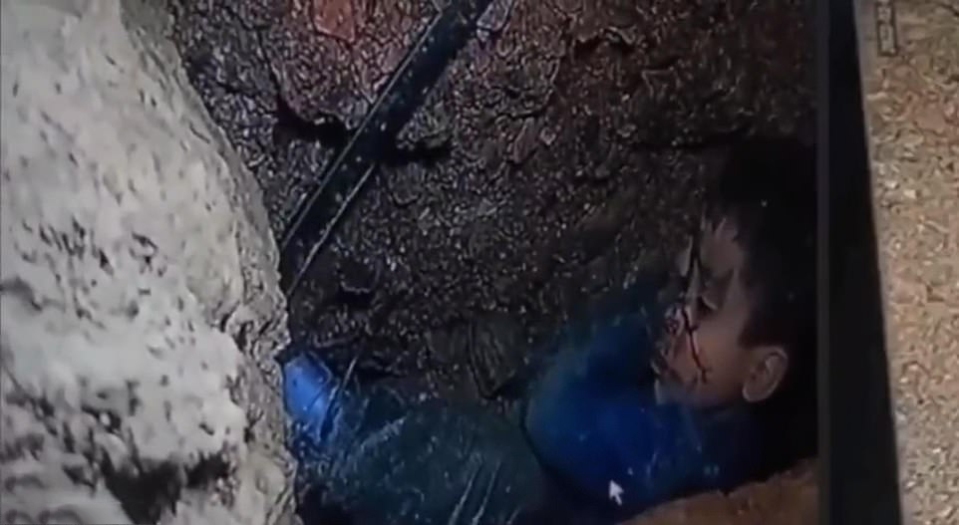 Footage shows five-year-old Rayan bleeding at the bottom of the pit as digging was painfully halted for fear the ground was unstable.

The images were taken by a camera on a rope that rescuers used to lower oxygen and water to the injured boy through the narrow passage.

Footage shows hundreds of anxious locals, including their parents, gathering to watch the dangerous and complex rescue mission.

The complex operation has gripped Morocco for days, but rescuers hope the end is in sight.

The excavators have now cleared enough land for workers to start digging horizontally towards Rayan to rescue him.

The boy has been trapped since noon on Saturday, local time.

“We are almost there,” said one of the operation’s leaders, Abdesalam Makoudi, on Friday afternoon.

“We have been working non-stop for three days and fatigue is beginning to appear, but the entire rescue team is holding on.”

The shaft is less than 18 inches wide and tapers down, too small for anyone to navigate, and widening it was considered too risky.

Heavy machines were then brought in to dig a trench in an effort to reach the boy from the side and free him.

The excavation continued throughout the night illuminated by searchlights, but was delayed due to security fears.

Experts said it was feared the layers of rock and sand were unstable and could collapse on top of the boy.

Bulldozers have already dug to a depth of more than 100 feet, rescuers said.

Preparations are now being made for the most dangerous part, digging a 10-foot horizontal tunnel.

Engineers are on site to assess the risk of landslides and advise on the best method.

“The rescue of the child is drawing near,” said government spokesman Mustapha Baitas.

“Our hearts go out to the family and we pray that he returns to them as soon as possible.”

Doctors and a helicopter are ready to take you to the hospital.

Rayan disappeared while playing in his hometown of Ighrane, in Chefchaouen province, on Tuesday afternoon.

Rayan’s father was repairing the well at the time of the accident and said he took his eyes off her for a moment when she fell.

“At that moment I took my eyes off him, the little one fell into the well. I haven’t slept a wink,” he told the le360 news site.

His tearful mother, Wassima Kharchich, told Moroccan media: “The whole family went out to look for him and then we realized that he had fallen into the well.

“I pray and pray to God that he comes out of that well alive and well. Please, God, ease my pain and yours, in that hole of dust.

The search has taken over the North African country, with #SaveRayan trending on social media.

PSG and Morocco footballer Achraf Hakimi posted an emoji of a broken heart and hands together in prayer.

The case is reminiscent of that of two-year-old Julen Roselló, who fell into a 250-foot well near Malaga, Spain, in January 2019.

Rescue teams dug two tunnels in an effort to save him, but he was eventually found dead after 13 days.