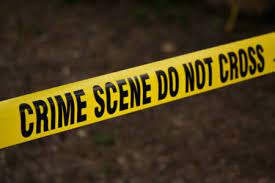 Bronx police are searching for a missing 10-year-old girl who was last seen leaving her school on Friday.

Rianaliaz Lantigua left her school on Taylor Avenue around 2 p.m. Friday and she hasn’t seen each other since.

The New York City Police Department is seeking the public’s help in locating the following person, who was reported missing within the boundaries of Precinct 43 in the Bronx.

Police were informed that Rianaliaz Lantigua was last seen leaving her school, located at 800 Taylor Avenue, at approximately 2:00 p.m.

The missing woman is described as a 10-year-old Hispanic girl, approximately 5’03 “tall, weighing 110 pounds, with black hair, possibly in a ponytail, and brown eyes.

She was last seen in a navy blue sweater with a white polo shirt, navy blue pants, and a pink and gray backpack.

A photograph of the missing is attached and is available at DCPI.

All advice will be kept strictly confidential.