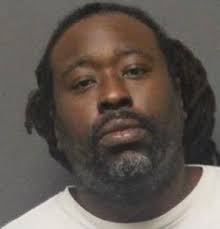 Who is Rodon Edgar Boswell ?

A man was arrested in Greensboro on Monday after another man was shot and killed more than a year ago, according to a Greensboro Police Department news release.

Rodon Edgar Boswell, 41, of Greensboro, was arrested on Veasley Street.

Police say he has been charged with first degree murder.

On Thursday, Brandy Renee Fitzgerald, 39, of Greensboro, was found on Vandalia Road and arrested.

She is charged with aiding and abetting a felony. She was given a $200,000 bond.

He was taken to a hospital where he died on December 28.

Anyone with information about this incident is asked to contact Greensboro/Guilford Crime Stoppers at (336) 373-1000. Citizens can also download the P3tips mobile app for Apple or Android phones to submit a mobile tip, or go to P3tips.org to submit a web tip. All tips for Crime Stoppers are completely anonymous.