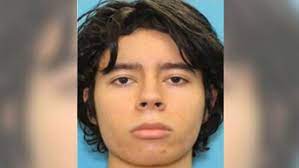 Who is Salvador Ramos?

Salvador Ramos has been identified as the gunman who broke into an elementary school and killed at least 19 children and two teachers in the United States.

The 18-year-old bought two assault weapons when he turned 18 and was responsible for the worst school shooting in nearly a decade.

The mass shooting began when the suspect shot his own grandmother before crashing his car near Robb Elementary School in Uvalde, Texas.

Ramos then went on a bloody rampage at the school, which resulted in him being shot dead by police.

His grandmother was airlifted to the hospital and she survived the shooting, according to authorities, although her current condition is unknown.

According to CNN, Ramos sent a former classmate photos of an assault rifle next to a bag full of ammunition just days before the attack.

“He was texting me here and there, and four days ago he sent me a picture of the AR he was wearing…and a backpack full of 5.56 rounds, probably like seven clips,” the former classmate said.

“He proceeded to text me, ‘I look so different now. You wouldn’t recognize me.'”

According to the Washington Post, Ramos was “bullied” as a child, with one student saying he was teased for his lisp.

Other students claimed that he endured homos*xual slurs and that people made fun of him because of his clothes.

Ramos worked at the local Wendy’s, a major fast food chain in the United States, and his former colleague told the Daily Beast about his aggressive streak.

“He Sometimes he was very rude to the girls and to one of the cooks, and he would threaten them by asking, ‘Do you know who I am?’ And he was also sending inappropriate text messages to the ladies,” the former colleague said.