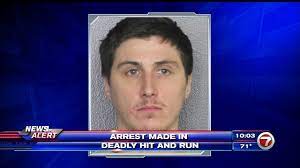 Who is Sean Charles Greer ?

Sean Charles Greer was arrested by Florida police on Tuesday in connection with a hit-and-run where two children died and four others were hospitalized.

The Broward Sheriff’s Office has announced the arrest of the wanted driver in the hit-and-run accident that affected six young children and killed two of them, in Wilton Manors.

Detectives said the physical evidence led them to Sean Charles Greer, 27, who was booked into the BSO main jail Tuesday night.

The announcement came hours after investigators located the 2009 Honda Accord sedan involved in the crash.

Andrea Fleming, 6, and Kylie Jones, 5, were pronounced deceased at the scene.

“A lady was here yelling and yelling at my car, and I got out and thought something was wrong,” said neighbor Freddie Pinckney. “She was saying that it was her baby that died in the accident.”

“So I want to see if I can donate the service or help the family with the service as much as I can, and do whatever I can to help them,” said Archie Guner. He works at Premier Funeral Services and said he was motivated to contribute.

Draya Fleming, Laziyah Stokes, Johnathan Carter, and Audre Fleming were transferred to Broward Health Medical Center. Two children remain in critical condition, one in fair condition and the other was released.

“It is a very busy highway. What do we do to prevent this from happening to more children? “Asked a neighbor, who said that speed had been a problem for a long time on that road.

He says his Christmas wishes have turned into condolences, remembering the last thing he said to one of the girls:

“I said ‘Merry Christmas and have a safe New Year.’ And look. In a wink, anything can happen. ”

It all happened on Monday afternoon, just before 3 p.m. near the 2400 block of NW 9 Avenue.

The roads were closed and investigators were on the scene until around 9:30 p.m.

“This is a heartbreaking night for everyone, for family, friends and our first responders,” said Miranda Grossman, a PIO for the Broward Sheriff’s Office.

Witnesses described a horrific scene that unfolded when they said a driver tried to speed around a county bus and hit the children on the sidewalk.

“I don’t know if he couldn’t control the car, but he directly hit those kids,” said Broward Transit driver Selvin Arjun.

He had stopped the bus and left two people.

Rhome Orismo was getting on the bus when he saw it all happen.

“I got up as soon as I witnessed the crash, I witnessed the impact,” he said. “It’s still gnawing at me now that someone does something like that and don’t stop, don’t try to help those kids.”

Detectives have said Greer sped around a Broward Transit bus and appeared to lose control and overcorrect himself on a driveway where children were walking with an adult relative.

Preliminary investigation revealed that the car involved was a 2009 Honda Accord Sedan, driven by a male subject. After the accident occurred, the vehicle sped up and fled the area.

Police were able to retrieve physical evidence at the crime scene and release a description of the car involved. When Greer’s vehicle was located, he had damages consistent with being involved in the accident, according to police.

In the aftermath of the incident, neighbors rushed to help the victims. Harriet Lewis, a resident, said a girl was trapped under a parked car.

The event was posted to Wilton Manors Police Department Twitter page and is set to take place on Thursday, December 30 from 4 p.m. to 7 p.m. at Hagen Park.