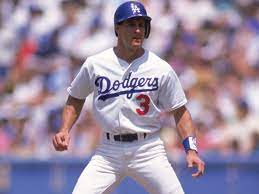 Who was John J Sax?

Steve Sax shared a heartbreaking tribute to his son as the US Navy announced a “safety pause” following two plane crashes this week.

Sax said his son, Captain John J Sax, knew he wanted to be a pilot from a very young age.

“It is with complete devastation that I announce that my precious son Johnny was one of the five (5) US Marines that perished on Wednesday, June 8, in the Osprey Military crash near San Diego,” Sax said in a statement.

“For those of you who knew Johnny, you saw his huge smile from him, his bright light from him, his love from him for his family, the Marines, the joy of flying airplanes and defending our country!

Steve shared a heartbreaking tribute to his son, calling him his hero and highlighting his dedication to serving his country

“He was my hero and the best man I know, there was no better person to defend our country.”

Sax went on to say, “There was never any question from when he was young that Johnny would be a pilot and his passion was flying!”

“I am so proud of the man he has become and so proud to call him my son!

“This loss will change my life forever and it is a loss not only to the Marines but to this world!”

The Dodgers issued a statement via Twitter offering their condolences.

“The Los Angeles Dodgers are saddened to learn of the passing of Steve Sax’s son, John, and the five Marines who lost their lives in this week’s tragic helicopter crash.

“Our thoughts and condolences are with his family and friends.”

Captain Sax was based at Camp Pendleton in San Diego County and served for nearly six years.

He received a handful of awards and accolades during his time in the Marine Corps, including the National Defense Service Medal, the Global War on Terrorism Service Medal, and a Letter of Appreciation.

A day later, a US Navy helicopter with four people on board crashed in the same region of California.

In response to the accidents, the Naval Air Forces ordered a security pause on Saturday.

All non employed Navy aviation units will conduct training June 13, according to a statement.

Additionally, risk management practices will be carried out, as well as training on threat and error management processes.