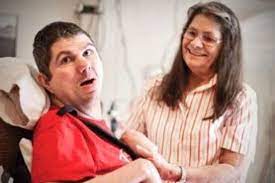 Who was Terry Wayne Wallis ?

Terri Wayne Walis was in a coma for 19 years.

A real-life Rip Van Winkle, who survived a deadly car accident and then shocked the world when he woke up from a 19-year-old coma and started talking, has died.

Wallis was driving with a friend in 1984 when his car plunged into a creek, killing him and leaving a quadriplegic Wallis in a coma with little hope of recovery. His daughter, Amber, had been born just six weeks before the horrific accident.

Nineteen years later, in June 2003, Wallis widened and amazed the nurses when he asked about his mother and his favorite soft drink.

“It started with ‘mom,’ then it was ‘Pepsi,’ and then it was ‘milk,'” said Alesha Badgley of the Stone County Rehabilitation Center, the Post reported at the time. “Now, it’s whatever he wants to say.”

Wallis’ family was overcome with emotion when he finally woke up.

“It’s been hard to deal with. It’s been hard realizing that the man I married can’t be there,” said his wife Sandi, who broke down in tears when she first spoke.

“His mother and his entire family cared for him tirelessly during and after his coma,” her obituary reads.