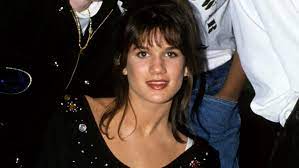 Who was Tiffini Hale ?

Former Mickey Mouse Club member Tiffini Hale has died at the age of 46.

Tiffini Hale, the “All-New Mickey Mouse Club” member who later turned down stardom, died on Christmas Day. She was 46. Hale suffered cardiac arrest and fell into a coma earlier in December, and died Christmas morning, her fellow Mouseketeers said Thursday in a Facebook post.

His death was confirmed by his show co-stars Deedee Magno Hall and Chasen Hampton.

Hale is said to have suffered cardiac arrest in early December that left her fighting for her life in a coma.

He took his last breath on Christmas day morning.

Her death was confirmed by co-stars Deedee Magno Hall and Chasen Hampton. The pair also worked with her in pop group the Party.

Hale’s former bandmates and All New Mickey Mouse Club co-stars Hall and Hampton revealed the tragic news via their Instagram pages on Thursday.

“Earlier this month, she suffered a cardiac arrest that left her in a coma,” the message began.

After many prayers and with her family by her side, our dear Tiff took her last breath on Christmas morning. She now she is resting peacefully. Tiffini’s family has kindly asked that her privacy be respected as they take this time to cry.

“Tiffini’s mother, Nancy, and her sister Tanya, send their love to everyone, as well as thank you so much for such kind support over the years.”

The message continued: ‘On behalf of Tiffini’s family, and her brothers and sisters from the Party and MMC, we want to thank you all for the love and good wishes you have expressed for our beloved Tiffini. Her beauty, talent, style and fun-loving spirit of her will live forever in our hearts and memories. ‘

Hale appeared on The All New Mickey Mouse Club from 1989 to 1995, E! News reported, and she had appeared alongside Mickey Mouse Club alumni including Britney Spears, Christina Aguilera, Justin Timberlake, Ryan Gosling and Keri Russell.

He also appeared in a 1993 episode of Blossom with The Party.

After her efforts at Disney, Hale stopped acting and refused to appear at a 2013 reunion of The Party.

Fields told Ok! Magazine in 2013, ‘The truth is that she is not part of this’ meeting.

‘We have to respect her, her feelings and her family’s feelings. That is what she is. Period. And hopefully people can understand that and accept it, because they have no choice but to do so. That is what it is.’

Hall added: “We love her very much.”